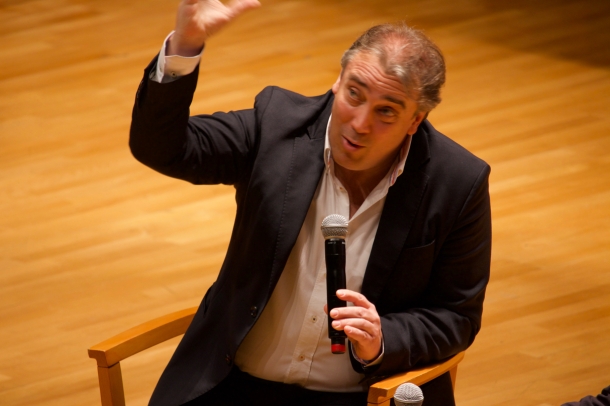 Speaking of Mr. Martin, LACO also announced that it would extend his contract for an additional five years. He will now be Music Director until at least the end of the 2026/2027 season 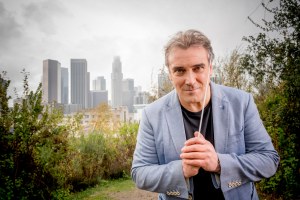 “I am deeply honored to be a part of this iconic orchestra and grateful to LACO’s exceptional artists and dedicated Board of Directors for their confidence in my leadership,” he said. “It has been exhilarating to be a part of L.A.’s vibrant cultural scene and engage with LACO’s devoted audiences and community partners. I look forward to further exploring new musical frontiers with the Orchestra and sharing our artistry.”

His original three-year contract was due to expire in 2022.

The extension is a big vote of confidence, especially given that about half of his time to date as Music Director has been marred by coronavirus-related shutdowns and cancellations.

“During his short tenure with LACO, Jaime Martín has helped enhance the Orchestra’s artistic profile in Los Angeles, as well as nationally and internationally,” said Board Chair Leslie Lassiter. “His joyous music making, remarkable artistry, inclusive and bold programming and collegial leadership inspire both LACO audiences and musicians. We are delighted the Orchestra’s musical trajectory will continue under his baton.”

Despite there being limited experience between conductor and orchestra, the move is not surprising.  The chemistry between them was palpable from the outset, leading the orchestra to move quickly to hire Mr. Martin after his LACO debut in 2017.

As Wade Culbreath, Principal Percussion, described to me not long after Mr. Martin’s initial appointment, “I spoke to a lot of people in the orchestra who had been playing that week. And everyone seemed to have a feeling that it was one of the most enjoyable weeks they’d ever had at LACO.“

“There aren’t a lot of barriers to just getting to know him,” Mr. Culbreath later added. “He was extremely easy to talk to and very approachable. Super friendly, nice person, and he also was very interested in Los Angeles, just connecting locally with the people here.”

BTW:  if you haven’t watched LACO’s Close Quarters series available on YouTube, you should.  It goes beyond showing typical concert footage to create a true multi-media landscape; yet if you want more straight-forward coverage of a performance, that’s available separately too.

The latest installment is a winner: Grant Gershon conducts the world premiere of Hyo by Peter S. Shin, along with Britten’s Les Illuminations, and “Lumee’s Dream” from the opera p r i s m by Ellen Reid, LACO’s Creative Advisor and Composer-in-Residence. Nicole Cabell is the excellent soprano soloist

The full Close Quarters video of that concert is below.

The instrumental footage for the individual works is available here:  Shin, Britten, Reid

Finally, I’m happy to say that my interview with Ben Cadwallader, LACO’s Executive Director, has been rescheduled.  I look forward to discussing all of the above — and more — with him and sharing the best parts with all of you very soon.