Music News & Info: Classical / Other classical music concerts and recitals (in So Cal and beyond) 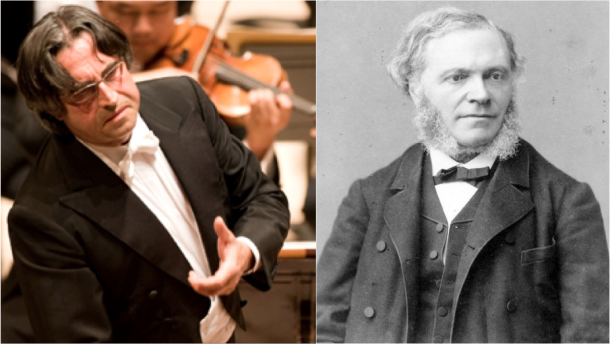 The mighty Chicago Symphony Orchestra is coming to California next week, their first West Coast visit in decades.  The impetus for their visit is to help the San Francisco Symphony celebrate their centennial, and since they made it this far, they’re making additional stops in Costa Mesa, Palm Desert, and San Diego.  The CSO Brass will also be appearing at the University of Redlands.

Where they won’t be visiting is Walt Disney Concert Hall, despite the fact that the LA Phil is away in Venezuela and the hall is vacant more than usual during that week; if one were to believe in the existence of a rivalry between the two orchestras, perhaps this is one more example of it.  Of course, the orchestra is not appearing anywhere else in Los Angeles County (e.g. Royce Hall, Ambassador Auditorium, Cerritos Center for the Performing Arts), so perhaps the Chicagoans just don’t like LA — go figure.

Tim Mangan interviewed the orchestra’s Music Director, Riccardo Muti, for the Orange County Register (read it HERE, and be sure to click through the slideshow).  Brian Lauritzen’s own interview with maestro Muti aired on KUSC-FM last Saturday, Feb 4, and has been archived online (click HERE to listen to the audio stream).

The CSO will be bringing two different programs on tour:  in San Diego and Palm Desert, they’ll be performing Schubert (music from Rosamunde plus the Symphony No. 9) and a new work by Anna Clyne, while Pacfic 231 by Honegger,  a new work by Mason Bates, and the lone symphony of Cesar Franck will be done in Orange County; San Francisco gets both programs (with an additional Honegger work for good measure).

In honor of their visit, or perhaps to get yourself ready for their visit, take a few minutes to download a free — FREE! — mp3 of a live recording of the Symphony in d minor by Cesar Franck, done by the Royal Concertgebouw Orchestra conducted by Mariss Jansons:

All you have to do is share some relatively  innocuous information with the Dutch orchestra’s website.  If you’re willing to do that, click HERE, and enjoy a fine take on the symphony:  spacious and energetic first movement, airy second, and propulsive third.  Plus, you get the bonus of some coughing and the tell-tale background sound of a Nokia ringtone shortly after the start of the second movement. . . . I did mention that it was a live recording and it was free, right?

One thought on “Chicago Symphony coming to California; download free MP3 of Franck symphony to celebrate”