A smattering of musical stuff to check out over the next 31 days . . . 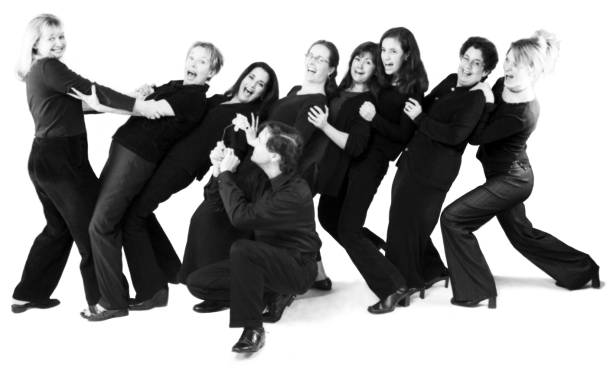 Margaret Batjer, LACO’s Concertmaster, curates this novel combination of food-themed music and discussion about gastronamy and the culinary arts.  The first of three presentations is tonight and features LACO musicians being joined by noted writer and blogger (not to mention favorite of Mrs. CKDH), Michael Ruhlman, whose many credits include co-writing The French Laundry Cookbook with Thomas Keller.  Jonathan Gold (Pulitzer prize-winning food critic who is in the process of moving from LA Weekly to the Los Angeles Times) and Susan Feniger (chef and founder of many L.A. restaurants) will be participating in the coming weeks

All of the performances will be at The Broad Stage in Santa Monica.

“Good food and good music are a natural pairing,” says Batjer.  “LACO is delighted to present these stellar culinary celebrities as we explore in these whimsical and informative programs the many ways music influences and enriches society and our lives.”  To hear Ms. Batjer talk more about these concerts with KUSC’s Brian Lauritzen, click HERE (both stream and MP3 download available).

As part of the Los Angeles Philharmonic’s “Sounds About Town” series, the Los Angeles Children’s Chorus and American Youth Symphony present a joint concert conducted by Anne Tomlinson and Alex Treger, featuring a number of Shakespeare-themed works by the likes of Vaughan Williams, Britten, and others.  James Conlon conducts the concert’s finale:  the world premiere of Daníel Bjarnason’s The isle is full of noises, a three-movement work based on The Tempes.  The Icelandic composer has two works being featured in the Los Angeles Philharmonic’s upcoming 2012/2013 season, so here’s a chance to get an earlier taste of his music.

(Four more events after the jump)

Ever since Ralph Kirshbaum took over the vaunted Gregor Piatigorsky Endowed Chair in Violoncello at USC’s Thornton School of Music, I’ve been eager to see how long it would be before he made a splash.  The wait is over.  This month kicksoff the inaugural “Piatigorsky International Cello Festival,” with Mr. Kirshbaum as Artistic Director.

Noted cellists from Southern California and all over the world are descending upon Downtown Los Angeles for a range of concerts, recitals, masterclasses, and seminars.  Things kickoff  on Friday, March 9, with a concert at USC’s Bovard Auditorium of Hugh Wolff conducting members of LACO, the USC Thornton Symphony, and The Colburn Orchestra.  It wraps up with 100 cellists performing at Walt Disney Concert Hall on Sunday, March 18th.  Among the noteworthy events in between are

The full calendar of events is HERE.

In one of the more adventurous programs of the year, Carl St.Clair and Pacific Symphony play the world premiere of Toward a Season of Peace by Richard Danielpour with Hila Plitmann and the Pacific Chorale, plus help ring in the Persian New Year  with the help of Farhad Mechkat and the Shams Ensemble in performances of traditional Persian music.  Kodaly’s Dances of Galanta opens the program.

Given the number of Finnish conductors who have guest conducted the LA Phil during Esa-Pekka Salonen’s tenure as Music Director, it’s more than a little surprising that Mr. Vänskä has not been among them.  That wrong is finally righted as the Minnesota Orchestra’s Music Director leads the orchestra in a program of Strauss and Sibelius, with Martin Fröst joining in for the Clarinet Concerto of Kalevi Aho on Saturday and Sunday.