It was Holy Thursday and a few days before Passover,  and therefore rather appropriate that the Los Angeles Chamber Orchestra would serve up the final version of this year year’s food-themed “Westside Connections” concerts as a kind of last supper.

Margarat Batjer, LACO’s concertmaster and series curator, mentioned that the initial premise for the evening was to salute the influence of great French music and cuisine.  Curiously, the only food-themed music came from a Czech composer, and the guest chef joining them for the evening, Susan Feniger, became famous for NOT cooking French cuisine.

Be that as it may, the best moments of the evening were definitely French. 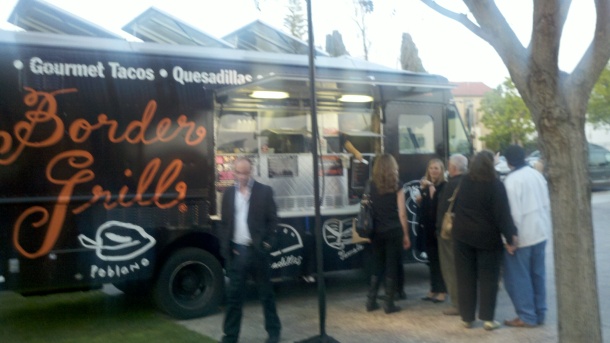 The highlight of the evening was undoubtedly the vibrant account of Ravel’s String Quartet in F-major performed by Ms. Batjer, Maia Jasper, Roland Kato, and Andrew Shulman.  During the post-concert Q&A, Ms. Batjer admitted to how daunting it is to play that particular masterpiece when not part of a standing string quartet.  Having Arnold Steinhardt, first violin of the famed Guarneri String Quartet (who recorded my favorite version of the Ravel), in attendance may have added to the pucker factor.  But you wouldn’t know it from the playing.  The foursome gave a richly colored and polished-sounding reading.  It not only showed off the skill and artistry of the individual musicians, but also demonstrated the chemistry between the players, especially the three principals.

Assistant Concertmaster Tereza Stanislav and harpist JoAnn Turovsky opened the concert with the Fantaisie for Violin and Harp, Op. 124, by Saint-Saëns.  Ms. Stanislav began the single-movement piece with elegantly played solo lines, with Ms. Turovsky backing her up.  As the work progressed and the lines of the violin and harp become more intertwined, it evolved into a lovely dialogue.

The musical centerpiece was the only food-related work of the evening, the comical La Revue de Cuisine, H.161, by Martinů.  The music was written as a jazz ballet, with the dancers representing various kitchen implements.  The fanciful plot involves soap-opera-like evolving romances and trysts between Pot, Lid, Twirling Stick, Dishcloth, and the Broom (the only character without a mate at the ballet’s end).  The eclectic scoring — Clarinet, Bassoon, Trumpet, Violin, Cello and Piano — and satirical musical style is reminiscent of Stravinsky’s L’Histoire du soldat, even if the plot is less weighty.

Unfortunately, the Broad Stage’s in-your-face but mushy, bass-heavy acoustics cause the sound of mixed ensembles such as this to congeal, making it tough to hear individual lines without truly blending, and Katia Popov’s violin frequently got lost beneath the weight of the other instruments.  Despite that, you could still enjoy the jazzy musical characterizations:  a Charleston here, a Tango there.  Each instrumentalist had their own deliciously slippery moments to play. 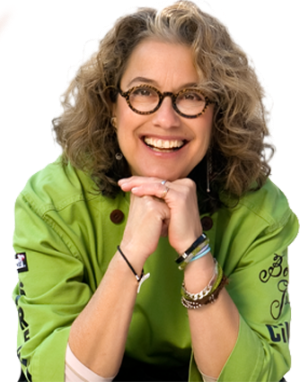 Susan Feniger’s contributions came two ways:  talking about food and providing food.  She brought her Border Grill truck to the event and was serving both before and after the concert.  I was disappointed that they ran out of green corn tamal cones, but the bright flavors and perfect texture of the ceviche cone was a more than worthy substitute.  The Carne Asade and Yucatan Pork tacos were as tangy and tender as I remember, and the churro tots were, well, sweet and yummy as churro tots should always be.

As for her talk, it was somewhat predictable, but still interesting.  She talked about the presence of music throughout her life and how her musical tastes evolved and grew more eclectic over time, just like her taste buds.  One day she’s eating white bread and Velveeta while listening to Connie Francis and Barbara Streisand, the next she’s eating Manchego and listening to Ozomotli.  She admitted to having very little musical vocabulary, and then did her best to draw restaurant-related analogies to tempo markings (Andante, Allegro, etc.).  If it wasn’t particularly enlightening, it was enjoyable to hear her anecdotes and points of view, and her many fans in attendance cheered as loudly for her as they did for the musicians.