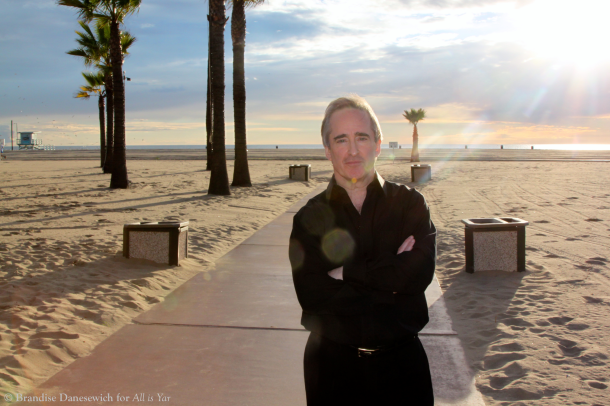 James Conlon is in the midst of an early afternoon rehearsal when he pauses to fix a line that doesn’t sound quite right to him. “Don’t rush the staccato,”  he tells the chorus.  “Staccato is about the space in-between the notes.”

Later that same day, in front of a chamber orchestra this time, he’s rehearsing again.  It is the fourth different group with whom he’s working in just a six-hour span.  After going through a long passage, he stops to make some adjustments, including this suggestion to the strings: “Breathe.  Pizzicato is about the space in-between the notes.”  They play again, and this time, the music pops in a way it hadn’t before.

A conductor using a similar phrase when rehearsing two different groups of musicians may not be particularly noteworthy.  Except that on this day, the chorus is a middle-school girls choir and the chamber orchestra is comprised of college students.  And the day itself, November 22, 2013, is Benjamin Britten’s 100th birthday.

James Conlon — Music Director of Los Angeles Opera and globe-trotting maestro — has been THE dynamo powering the “Britten 100/LA” festival, a celebration of the iconic British composer that began early in 2013 and reaches its zenith later this month with performances of Billy Budd at the Dorothy Chandler Pavilion.  Rather than spend the actual 100th anniversary of the composer’s birth with a big-name opera company or orchestra in some splashy high-priced gala with those already worshiping at the altar of Britten, he continued to evangelize about this music to people outside the elite, include many who probably could never make it to Downtown L.A. for a major opera performance.

It was a jam-packed day, full of rehearsals and performances of two separate free concerts in very different neighborhoods of L.A., with Mr. Conlon conducting an unlikely mix of grade-school children to conservatory-aged musicians and a community choir in the process.  All of this, with relatively minimal fanfare, in honor of Benjamin Britten.

I had the privilege of being asked to spend the whole day with Mr. Conlon.  I brought photographer Brandise Danesewich along with me to help document the day.  Together, we had a unique opportunity on this very special day:  to not only sit in on rehearsals and watch performances, but also to observe him, to listen to conversations others may not normally hear, and to chat with him (when time permitted).

Photo credit:  Brandise Danesewich, exclusively for All is Yar