Frederick Tinsley, double-bass player with the Los Angeles Philharmonic, passed away on Sept 19th.  He was 76-years old.

Mr. Tinsley was a 42-year veteran of the orchestra; he was originally hired by Zubin Mehta in 1974.  The LA Phil will dedicate a concert to his memory during the opening week of their 2016-17 Walt Disney Concert Hall season.

The full press release from the orchestra is below:

Fred Tinsley was hired by Los Angeles Philharmonic Music Director Zubin Mehta in 1974. During his 42-year tenure, he also served as assistant personnel manager and as an instructor as part of the orchestra’s training program for minority students in the late 1970s and early 1980s.

Prior to joining the Los Angeles Philharmonic Tinsley was a substitute musician for the New York Philharmonic, but he began his professional music career with the Hartford Symphony Orchestra, of which he was a member from 1969 to 1974. Tinsley also served as assistant principal bassist of the New Haven Symphony Orchestra from 1971 to 1974.

Tinsley grew up in Hartford, Connecticut, attending local schools and graduating from Weaver High School. He went on to obtain a Bachelor of Fine Arts in Music from the University of Connecticut, where he was principal bassist of the university’s symphony. Tinsley also studied under Bertram Turetsky at Hartt College of Music in Bloomfield, Conn. Other former teachers include John Schaeffer of the New York Philharmonic and Bill Rhein of the Boston Symphony Orchestra. In 1993, Tinsley received a Master of Music degree in Performance from the University of Redlands.

The Los Angeles Philharmonic will dedicate a concert to Fred Tinsley’s memory at Walt Disney Concert Hall during the opening week of concerts with a piece selected to honor his life and work.  Funeral arrangements are to be announced. 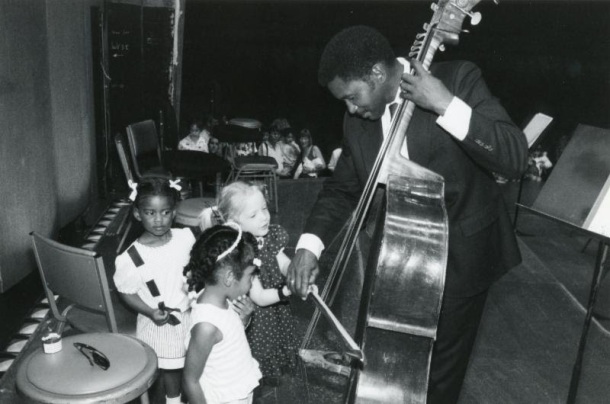