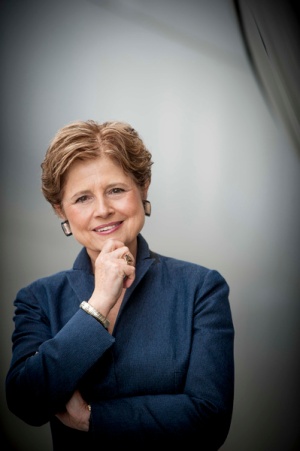 The Los Angeles Philharmonic announced this morning that Deborah Borda, the orchestra’s President and CEO, will be stepping down from her post to take the same position with the New York Philharmonic.  The move becomes effective September 15, 2017.  The full press release is below.

Since then, she has become one of the finest orchestral managers — perhaps THE finest — in the world, working with Music Directors Esa-Pekka Salonen and Gustavo Dudamel to establish the LA Phil’s position at the forefront of American orchestras in terms of quality and innovation of programming and presentations.  She was also instrumental in seeing Walt Disney Concert Hall through to its completion and christening.

She will definitely be missed.  The New York Times has already hailed the move as a “coup” for the NY Phil, and rightfully so.  Most didn’t think she’d move back to NY after having already dealt with that orchestra once.  According to The New York Times article, a recent meeting with Jaap Van Zweden, the NY Phil’s Music Director-Designate and (probably not coincidentally) guest conductor with the LA Phil this past weekend, helped to seal the deal.

What this will mean for the Los Angeles Philharmonic, especially as it approaches its 100th Anniversary season, is uncertain.

Will Ms. Borda try to recruit LA Phil acolytes to New York with her?  The NY Phil has lost many of its top administrators and is in the early stages of a planned renovation to its home in David Geffen (née Philharmonic and Avery Fisher) Hall.  While replacing its current President, Matthew VanBesien, with Ms. Borda is a huge step in the right direction, it is only the first step.

More daunting is, of course, the LA Phil’s need to replace her with someone who will not only continue the orchestra’s adventurous traditions but also someone who will continue to foster the very close working relationship between orchestra administration and the musicians.  Whereas most prominent American orchestras (including the New York Philharmonic) have endured some kind of labor strife including prolonged strikes and/or lockouts, the LA Phil has been a bastion of collegiality; the orchestra hasn’t seen a strike in about a half a century, and the base pay of LA Phil musicians is the highest in the country.

Ms. Borda has also had an eye for identifying and recruiting conducting talent.  She convinced Mr. Dudamel to become Music Director when other U.S. orchestras were just starting to recognize his talent.  Her track record of picking staff conductors is impressive:  Joana Carneiro, Lionel Bringuier, and Mirga Gražinytė-Tyla all got their big-league orchestra start in LA.  Most recently, she hired the well-regarded Susanna Mälkki to be the first Principal Guest Conductor since Simon Rattle and Michael Tilson Thomas were given the title during Carlo Maria Giulini’s Music Directorship.  (Of course, Mr. Salonen was also supposed to hold the title before eventually being named Music Director, but that, as they say, is “a whole ‘nother story” for a different time).  Who else out there has those kinds of skills?

Let’s remember the last time the LA Phil tried to replace a managerial titan:  when Ernest Fleischmann, legendary impresario of the orchestra, decided to retire in 1998, the orchestra turned to Willem Wijnbergen, then the top administrator at the Royal Concertgebouw Orchestra.  It seemed like a perfect fit at the time; Mr. Wijnbergen was young, he already had a reputation for shaking things up in Amsterdam, and he came with the recommendation of Mr. Salonen.  What could go wrong?

As it turns out, a whole lot.  Mr. Wijnbergen managed to alienate pretty much everyone at the LA Phil:  the board, the musicians, the staff, and the audience.  Daniel Rothmuller, the LA Phil’s retired Associate Principal Cello, once referred to him as “the biggest mistake the orchestra ever made.”

A year later, he was gone.  It was only then that Ms. Borda was wooed to Los Angeles from New York, where she was having her own troubles with that orchestra’s board and then-Music Director Kurt Masur.

More than one person used to make the following back-handed compliment about the LA Phil:  “Philadelphia is known for its strings, Chicago for its brass, Cleveland for its transparency, New York for its flexibility.  Los Angeles is known for its management.”

That statement was made during the heyday of Mr. Fleischmann’s tenure.  Since then, the LA Phil has made leaps and bounds in many areas, and the orchestra has a much stronger musical reputation.  But Ms. Borda has maintained the tradition of world-class management at the LA Phil.  Here’s hoping that the LA Phil finds the next person who is up to the task.