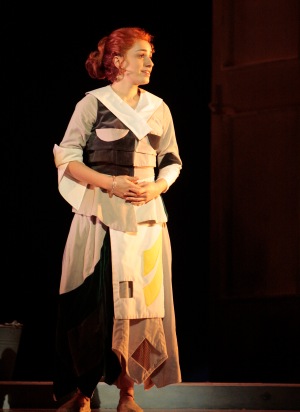 Halfway through Los Angeles Opera’s current run of Rossini’s Cinderella (La Cenerentola), they introduced a new singer into the title role:  Ketevan Kemoklidze, a winner of Plácido Domingo’s “Operalia” competition, made her company debut as she took over for Kate Lindsey this past Wednesday night.

It’s never easy joining a cast in midstream, and still the Georgian mezzo-soprano acquitted herself quite well, thank you very much.

She brings a moderately-sized yet robust-sounding voice with a rather prominent but not distracting vibrato and a warm tone.   She started the evening a little tight sounding, perhaps due to nerves or not quite being warmed up enough.  As she progressed through Act One, however, her voice settled in nicely, gaining more depth and richness.  Her coloratura runs were impressive, laser-like in their accuracy with each note distinct no matter how fast she sang.

Her stagecraft was equally solid.  She was easily likable,  exuding charm as the innocent housekeeper and being appropriately stern as the mystery girl at the prince’s ball.  All of her interactions with her on-stage colleagues looked seamless.

Beyond Ms. Kemoklidze, the entire production still looks and sounds great, and I laughed at a number of gags even though I knew they were coming.  The whole cast was in excellent form, and as you’d expect by the fourth performance, they all were more fluid in their performances.  As good as René Barbera was as Prince Ramiro the first time I saw him, he voice was even more brilliant on this night, especially in Act 2.  Stacey Tappan (Clorinda), Ronnita Nicole Miller (Tisbe), Vito Priante (Dandini), Alessandro Corbelli (Don Magnifico) have refined their comic timing to a hilarious tee.  Nicola Ulivieri is still resolute as Alidoro.  James Conlon and the orchestra are as top-notch as ever, and the men’s chorus continues to do yeoman’s work.

As with the first performance I attended, the dancers dressed as Cinderella’s rat companions ended up delighting the audience, enhancing the on-stage antics without ever distracting from them.  In the end, they garnered as enthusiastic an ovation as any of the singers.  They deserved to be mentioned by name:  Laurie Baron Peebler, Richard Bulda, Stephen Hues, Jee Teo, John Todd, and Lis Vizcarra, with Seth Belliiston (swing).

More than any production in recent memory, this Cinderella by LA Opera has been successful at enthralling opera newcomers and veterans alike.  I know of a number of people whose first-ever opera they attended was one of these first four performances, and they remarked at how much they loved the performance and look forward to attending another opera in the future.

Los Angeles Opera should be justifiably proud of presenting this excellent take on a Rossini classic.  People should be lining up to catch one of the final two performances. 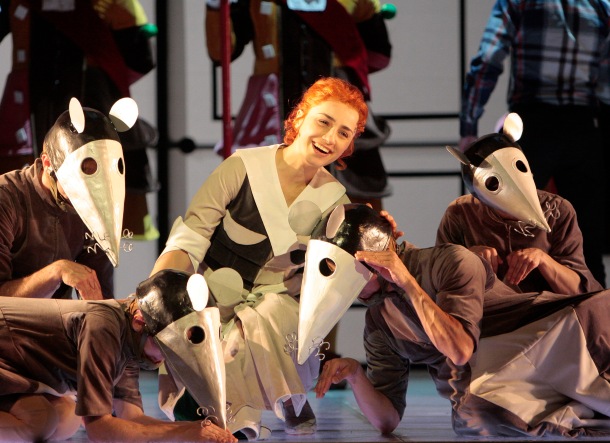