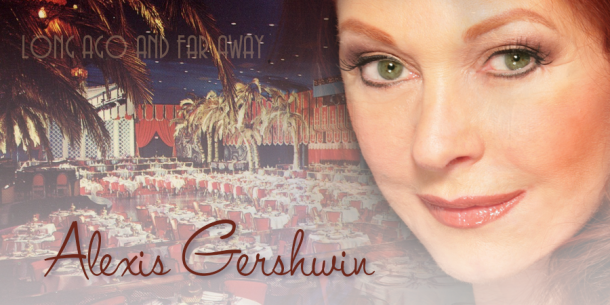 George Gershwin is one of my favorite composers, easily in my top three if not my absolute favorite of all time.    His classical music compositions, harmonically and rhythmically complex yet thoroughly lyrical and organic-sounding, were so inimitable and uniquely formed that both Maurice Ravel and Arnold Schoenberg refused to give him composition lessons on the grounds that they wouldn’t be able to make him any better.  Moreover, the songs he created with his brother, Ira, are iconic — as important a contribution to the universal musical canon as Schubert lieder or Verdi arias.

The songs in particular are so good that they are almost bullet-proof.  They are resilient enough to survive all kinds of various stylistic interpretations and modifications, some more oblique than others.  In my book, it’s rare to come across Gershwin that is so bad that I won’t listen to it, much in the same way I can say that I’ll happily consume most any ice cream with an eager smile:  even the worst interpretation of Gershwin or ice cream is better than the best One Direction hit or a celebrity chef’s vegan dessert concoction.

Which brings us to Alexis Gershwin’s latest CD, “Long Ago and Far Away,” just released yesterday.  Ms. Gershwin is the daughter of Frances Gershwin (younger sister of George and Ira).  She is almost 80 years old now, so it’s noteworthy that she would put out a new album and give a one-night only performance at  Catalina Bar & Grill on tonight, Wednesday, January 15, 2014 at 8:30PM.

So how is this latest release?  Well, it’s actually not terribly bad — it’s Gershwin, after all. The problem is that it’s not terribly good either.

For starters, Ms. Gershwin’s voice does not impress.  There’s nothing particularly compelling about how it sounds or how she uses it.  On top of that, she has a penchant for overly breathy phrasing and clipping the ends of lines short.  It may be an attempt to sound sexy or jazzy, but it didn’t work for me, often coming across more cheesy and lounge-lizardy instead.

The production quality doesn’t help.  Ms. Gershwin’s vocals sound too closely miked and removed from the band, almost karaoke in quality, thereby accentuating instead of covering up some of her technical deficiencies and stylistic quirks.  The individual arrangements range from straightforward to, well, different — for example, the opening track, “S’Wonderful,” is given a rather over-the-top bossa nova rendition.  The best thing the CD has going for it (besides the source material written by George and Ira) is the strong group of backing musicians.

The overall result is an uneven collection of music.  Some of it is more than tolerable (a nice “They Can’t Take That Away From Me” is the best track and “Love Walked In / But Not For Me” is reasonable) while some of it is just awful:  the aforementioned “S’Wonderful” gets more annoying with each hearing, and despite copious attempts at overdubbing, “Summertime” is as bland as a sodium-free Wonderbread-and-white-rice sandwich.

Which begs the question:  how does an album that peaks at mediocrity get made?  It’s gotta be the draw of the “Gershwin” name, especially the fact that she is “the only living Gershwin to be performing from the Gershwin catalog” (as her press materials state).  It certainly got a Gershwin fan like me interested.  And there’s the rub.

It reminds me of someone I know who who once had a boss whose bio referred to himself as the son of one of Hollywood’s famous Marx Brothers.  Inevitably, the following conversation would ensue:  “Which one, Groucho?  No.  Harpo?  Nope.  Ah, Chico, right?  Nah-uh.  Um, then it’s Zeppo?  Sorry, no.  Well then, who’s left?  Gummo, Gummo Marx.  Who? Never heard of him”  In the end, did that particular Marx scion’s parentage have any impact on how good or bad a businessman he was?  Not in the least.  Did it help him to open doors that otherwise would’ve been closed to him?  Absolutely.  Trading on the family name is as much an American tradition as jazz.  God bless capitalism in its many creative forms.

Let me step back for a moment.  It’s impressive that she can still earn a living recording CDs and performing concerts all over the country of music that must be near and dear to her heart.  As she’s quoted in the first line of her press release, “I was singing my uncles’ music before I could even talk.”  The woman can hold a tune singing music she likes.  Good for her.

Of course, that fact doesn’t necessarily make it worth someone else spending their hard-earned money on music like this when there are so many more compelling options in the marketplace.  I can’t imagine Ms. Gershwin singing music of this quality (or lack thereof) and being nearly as able to sell CDs or tickets to concerts had she taken her father’s last name and presented herself to the world as Alexis Godowsky.

Perhaps it’s just a matter of taste.  If you’re the kind of person who genuinely likes performers like Marty & Elayne (stars of The Dresden Room in Los Feliz made famous by their appearance in the movie, Swingers), then you’re going probably going to really love this CD.  If you like to buy pretty works of art just because they were painted by a rock star or a former politician, you’ll appreciate this album.  If celebrity endorsements make that set of steak knives, facial cream, or reverse mortgage more interesting to you than they would have if a no-name actor was pitching them, buy this release.  Otherwise, I’d recommend taking a pass.