Back by popular demand:  our annual look at the changes in the Los Angeles Philharmonic’s roster of musicians at the start of this year.  As usual, we’ve had a mix of arrivals and departures, some expected and explained, some . . . well, not so much.

Let’s start with the percussion section.  Principal Percussionist Raynor Carroll will spend the year on sabbatical.  Perry Dreiman will be acting principal in his absence. 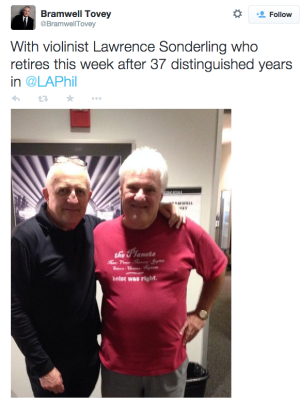 The First Violin section is down two players.  The orchestra announced the retirement of Lawrence Sonderling, a 37-year veteran of the orchestra.  He was originally hired in 1977 by former Music Director Zubin Mehta, and played the final concert of distinguished tenure under the baton of Bramwell Tovey, who was kind enough to share a picture of the two of them via Twitter.

Another veteran name is missing from the first violin section:  Mischa Lefkowitz.  The Latvian native joined the orchestra the same year as Mr. Sonderling, but there was no comparable announcement about him.  After inquiring with the LA Phil, I was told simply that Mr. Lefkowitz “is not an active member of the orchestra at this time.”  Draw your own conclusions.

Akiko Tarumoto and Jin-Shan Dai, both currently members of the orchestra’s 2nd Violin section, have been regularly playing in the first violin section since the summer and are likely to be doing so at least until auditions are held for permanent replacements.  Both are capable musicians in their own right and have experience playing first violin in major orchestras:  Ms. Tarumoto previously played first violin in the Chicago Symphony and also during a previous stint with the LA Phil; Mr. Dai came to Los Angeles after being a first violinist with the Toronto Symphony.

The Associate Principal Cello chair remains vacant after last year’s auditions failed to yield any offers.  When last I spoke to Principal Cellist Robert deMaine, he anticipated another round of auditions coming this season, but it has not yet been listed on the orchestra’s website.

Over in the woodwinds, the situation is much more defined.  Relative newcomers Julien Beaudiment and Elise Shope Henry (yes, she recently got married) were both awarded tenure, giving the flute section some much-needed stability.  The only vacant woodwind position is the 2nd/E-flat clarinet chair, and that will be filled once Andrew Lowy official joins the Los Angeles Philharmonic on December 1st.  Mr. Lowy played with the orchestra during the opening night gala and first weekend’s concerts and sounded quite good. 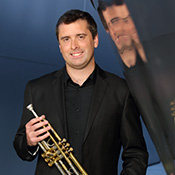 Along similar lines, new third trumpet Stéphane Beaulac has sounded rather impressive since he officially took over the job at the end of the summer.  I asked Tom Hooten, the orchestra’s star Principal Trumpet, about Mr. Beaulac’s first week playing in Walt Disney Concert Hall, and he spoke highly of how his new colleague handled a challenging mix of works by John Williams, a US Premiere of a David Lang composition, and Mahler’s towering Fifth Symphony.  “It wasn’t his trial per se,” describes Mr. Hooten, “but it turned out to be kind of a ‘trial by fire.’  He’s great, a very strong player.”

The brass has the biggest hole to fill in the whole LA Phil given the departure of Nitzan Haroz, former Principal Trombone.  Though he only spent two seasons with the orchestra, his warm tone, pinpoint accuracy, and rich timbre made a huge impact on the overall sound of the section and the orchestra.  And even though Mr. Haroz still has to officially re-earn tenure in his old/new position with the Philadelphia Orchestra, he is not “on leave” from the LA Phil, and his position is listed as “Vacant.”  He will most certainly be missed.

Filling the Principal Trombone chair will be no easy task.  Previous vacancies since the departure of Ralph Sauer nearly ten years ago have led to multiple rounds of auditions with no winners and invited players being wooed by the orchestra (as was Mr. Haroz).  An open audition was once again held a few weeks ago, and this time, two musicians were offered trial weeks:  Jim Miller, the orchestra’s current Associate Principal Trombone making his fourth or fifth bid for the top job, and John Sipher, current Principal Trombone of the Richmond Symphony.   Word on the street is that the trials will occur during Gustavo Dudamel’s next set of concerts with the orchestra, which would make them in late November and early December.

Of all the sections in the LA Phil, the Horn section is experiencing the most fluctuation: 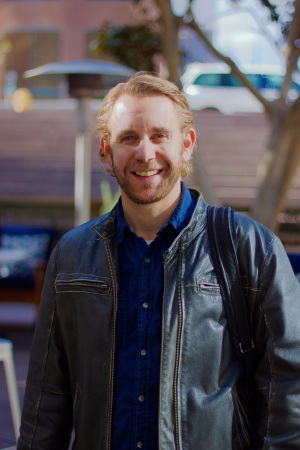 Perhaps most noteworthy in the section is, again, the move that did not happen:  Andrew Bain is still Principal Horn of the Los Angeles Philharmonic and horn professor at The Colburn School, despite continued flirtations with the Chicago Symphony and Berlin Philharmonic over the spring and summer (see HERE and HERE).  Many horn fans — and LA Phil fans in general — continue to be terrified at the notion that he’ll take over the vacant Principal Horn chair in Berlin, and Mr. Bain has kindly demurred when asked point-blank about how interested he’d be in trading in his seat in Walt Disney Concert Hall for one in the Philharmonie.

But I think that the odds of that happening in the near future are relatively small.  Why am I so confident?  The 47th International Horn Symposium (IHS) is being held in Los Angeles next summer (August 2-8, 2015), with Mr. Bain and Annie Bossler, a fellow Colburn School horn instructor, being listed as the co-hosts for the event.  Mr. Bain is doing all the he can to promote the symposium, and if he were to consider backing out at this point, a hornist friend of mine joked that Ms. Bossler would devise some creative carrots and sticks to change his mind.

That’s because the 47th IHS is truly a big deal:

It’s also worth reminding folks that Mr. Bain will be the featured soloist for the Mozart 4th Horn Concerto during LA Phil subscription concerts in February (with Mr. Hooten as the soloist in the Haydn Trumpet Concerto during the same concert).

After this season, who knows what Mr. Bain has planned, but I hope he continues as Principal Horn with the LA Phil and keeps playing as guest principal with prominent orchestras like Chicago and Berlin.  Not only do the interpersonal relationships he develops during such visits help to deepen connections between the LA Phil and those great ensembles, they continue to raise the profile, influence, and reputation of the local band.

Of course, the LA Phil has always had musicians doing guest stints with other top-tier orchestras.  What’s different with Mr. Bain’s involvement with the Berliners is the extremely high profile that orchestra has nurtured in the 21st century through its astute use of social media:  their Digital Concert Hall series is the envy of orchestras around the globe; their jet-setting fourth horn,  Sarah Willis, hosts all kinds of shows and interviews on YouTube, to the joy of her devoted followers.  Mr. Bain has been part of many of those concerts and videos.  That’s good for him, that’s good for the LA Phil, and ultimately, good for all of us fans.

You know what’s even better?  His regular gig continues to be Principal Horn of the Los Angeles Philharmonic.  We’ll revel in his playing for as long as we can, and we’ll hope that his tenure will last decades.