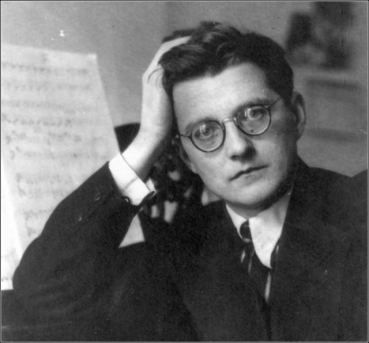 Esa-Pekka Salonen was back for his second week with the Los Angeles Philharmonic. With a world premiere of the abandoned opera, Orango, paired with the withdrawn-for-25-years Symphony No. 4, his all-Shostakovich concerts were a study of two contrasting works that had both been hidden and eventually brought to new light. To add to the lost-and-found theme, E-P himself was late to the proverbial Shostakovich party. Early in his conducting career, Mr. Salonen actively avoided conducting any of the Russian/Soviet composer’s works, comparing it in 1987 to his well-known love for Stravinsky this way:

“Shostakovich is in many ways a polar counter-force for Stravinsky. […] When I have said that the 7th symphony of Shostakovich is a dull and unpleasant composition, people have responded: ‘Yes, yes, but think of the background of that symphony.’ Such an attitude does no good to anyone.”^

Of course, he eventually changed his mind. On Saturday night at Walt Disney Concert Hall, he led compelling performances of two works that were written only a few years apart, but created very different aural landscapes:  one circus-like and oddly cheery; the other, manic, dark, and brooding.

The concert began with the raucous, satirical-sounding 40-minute opening to an opera about a half-man, half ape whose life journey takes him from World War I soldier, to journalist, to financial speculator, and finally to side-show freak (insert your own commentary about the symbolism about this devolution here). The music, originally a 13-page piano and vocal score, was orchestrated by Gerard McBurney based on completed Shostakovich scores which had incorporated some of Orango‘s parts, and had a sound and spirit which reminded me of the composer’s pro-Soviet Symphony No. 2, (To October). The melodies were similarly crowd friendly and had less bite than some later works, but still could be recognized as having much of the innovative melodic and rhythmic style for which the composer would be known. Mr. McBurney’s instrumentation provided textures that one could believe to be Shostokovich-like, if perhaps a little smoothed over.

The singers for the evening all acquitted themselves well. Ryan McKinny had the meatiest part as “The Entertainer” and he made the most of it, adding a colorful and appropriately smarmy bit of acting to his prominent part — you had to love him trying to bribe Mr. Salonen into conducting a lullaby or hilariously sitting-in for the title character to play the toy piano solo of a Russian children’s song. If his voice could sometimes be overwhelmed by the large orchestra, one could forgive him. Eugene Brancoveanu sang the physically demanding and vocally brief title role with appropriate frustration, sadness, and rage. Yulia Van Doren was the vocal standout as the mysterious Susanna, and the other soloists, including four members of the Los Angeles Master Chorale, provided earnest interpretations of their respective characters. The reduced contingent of the Master Chorale provided a robust vocal backbone to the proceedings.

Generally speaking, the vocalists were aided by direction from Peter Sellars.  He had bass-baritone Jordan Bisch, the opening “Voice from the Crowd,” pop up from an audience seat in Orchestra East; the Master Chorale and the array of minor soloists sang from the choir benches, but with the seating section laid out as it would be for a non-choral performance (i.e. on the same level as real audience members) instead of linked to the stage as it would typically be when a chorus is utilized. Orango was placed in an elevated, neon-light framed “cage” at the front of stage left, which Mr. Brancoveanu reached by a ladder brought in and out as needed. Aside from some fist-raised marching-in-place by the Master Chorale, there was nothing distracting in their movements or blocking.

Perhaps that is because the director saved all the distractions for images he flashed onto the large screen floating above the stage. He can occasionally be brilliant, but most of the time, Mr. Sellars is as subtle as a Kardashian. The photo montage he used to accompany the music was definitely the latter, and very quickly after the images began flashing above the orchestra, I did my best to try to ignore the tedious attempts at modern social commentary.  The whole experience would have been so much better without that uselessness.

The LA Phil played the reconstructed score with flair, giving it an energy and conviction any world premiere would be proud to have. The fact that this is the ninth new or rarely played work performed by the orchestra already this season (more if you count the four pieces played at the Green Umbrella concert) makes their well-executed effort even more amazing.

Just as impressive, if not more so, was how they played the Symphony No. 4.  From the jolting opening to the haunting close, the entire work was performed with the virtuosity that Southern California audiences have come to expect.  Only once did things seem dangerous beyond Shostakovich’s design:  as the string sections passed the first movement’s high-speed fugue back and forth between themselves, it sounded as if the handoffs were not quite in sync and the whole thing might eventually split at the seams, the way an unbalanced turbine would eventually spin out of control and throw broken parts in all directions.  The moment soon passed, and the the remainder of the symphony zigged and zagged with remarkable precision.  The trumpets and trombones collectively sounded as good as they have all season, most especially during the third movement’s bright pseudo-finale, right before the coda brings the work to its eerie, true ending.

Principal Bassoon Whitney Crockett imbued his many solo opportunities with great depth and character, and at the end, Mr. Salonen gave him multiple solo bows; he’s been a wonderful addition to the LA Phil since coming from the Met Orchestra, and its a shame we haven’t had a chance to hear him in The Rite of Spring yet.  Carolyn Hove (English horn), Sarah Jackson (piccolo), and Jim Miller (trombone) also made noteworthy individual contributions and were acknowledged accordingly.  Cheers for conductor and orchestra were loud and enthusiastic.

If Mr. Salonen began his conducting career unconvinced of Shostakovich’s worth, he has since turned into an advocate for the composer, and we are much better off for it.  The world premiere of Orango captured much of the pre-performance attention, but for me, the performance of the Fourth Symphony proved most memorable at the end.  Perhaps the LA Phil’s current music director will conduct his own Shostakovich programs in coming seasons, and if they included either of the pieces from Saturday night, I’d be good with that.

One thought on “Fashionably late: Salonen and the LA Phil take on lost-and-found Shostakovich”