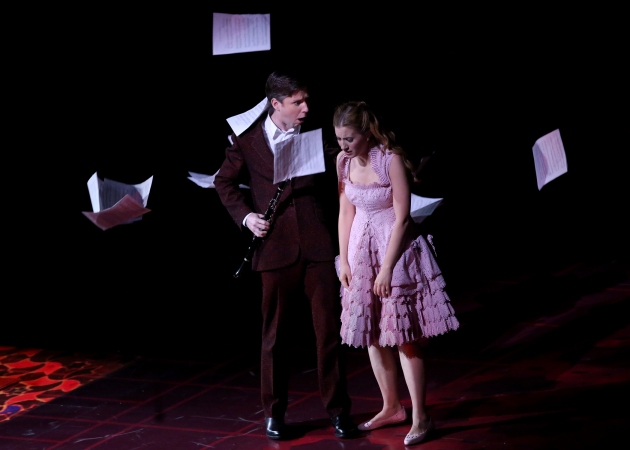 I was so enthralled by the Los Angeles Philharmonic’s production of The Marriage of Figaro that I wanted — needed — to see it again.  So last night, I decided to Tivo the King’s playoff game and head back to Walt Disney Concert Hall for another go at it.  Turned out to be the right decision:  this “Figaro” is still awesome, and the Kings won 3-0.  All is yar, indeed . . .

On opening night, I sat in the Orchestra East section, but far enough in front of the stage to still be able to see most of the action.  This time around, I sat in one of the “orchestra boat” sections directly facing the stage.  The different perspective combined with having seen the production before allowed me to appreciate some different aspects of the performance than I did last Friday night.

Since the extremely positive impressions I expressed in my original review still hold, I’ll focus on things unique to this particular night.  In addition, I thought I’d also share various impressions and observations that I noticed before but hadn’t include previously due to time or space constraints.  (SPOILER ALERT:  some of the specific comedic bits I avoided mentioning originally are discussed in some detail this time.)  So, for your reading pleasure, please enjoy . . .

General observations about the cast