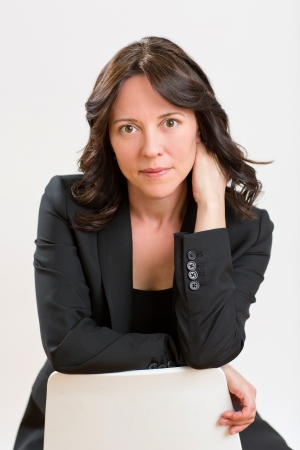 Earlier today, the Los Angeles Master Chorale announced that Jean Davidson will be its new President and CEO beginning August 31, 2015.  She takes over the position from Terry Knowles, who is retiring at the end of this season after having led the organization for the past 15 years.

Ms. Davidson comes to the Master Chorale from New York where she has been working with dancer and choreographer Bill T. Jones for the past ten years, including serving as Executive Director & CEO of New York Live Arts since 2011 and being instrumental in its creation via the merger of the Bill T. Jones/Arnie Zane Dance Company with Dance Theater Workshop.  She has also been Managing Director of Yo-Yo Ma’s Silk Road Project and Production Administrator for the American Conservatory Theatre in San Francisco.

Her appointment is noteworthy in that she does not have direct experience leading choral, vocal, or operatic groups, nor has she been in charge of any Southern California arts organizations.  Much more than the other major arts organizations in Los Angeles, the Master Chorale has tended to draw talent with strong local and choral ties for its titled positions– in some cases, pulling from its own ranks:

That said, Ms. Davidson does have at least one important connection to the area:  she is married to Kojiro Umezaki, a musician and composer who is on the music faculty at the University of California, Irvine.

Regardless of where she’s from or the amount and quality of experience she’s, Ms. Davidson has some pretty big shoes to fill.  Ms. Knowles led the Master Chorale’s move into Walt Disney Concert Hall, and under her leadership, they successfully toured globally, released six commercial CDs, created a recording partnership with Decca Classics, and twice received the ASCAP/Chorus America Award for Adventurous Programming as well as Chorus America’s prestigious Margaret Hillis Award for Choral Excellence, the nation’s highest choral music award.

It will be interesting to see how the newcomer brings to bear her experience in the dance and theatre world.  The Master Chorale has a strong track-record of going beyond the standard stand-and-sing format expected of most choral groups, from its days as the house chorus of the LA Opera, to the gesticulations imposed upon them whenever Peter Sellars choreographs the singers, and most recently with their performance of Tan Dun’s Water Passion.  It’d be hard to imagine a more adventurous choral organization — or arts organization of any ilk — of similar size, scope, and budget, so timidity won’t be an issue.  However, this is vocal ensemble after all, and theatricality per se is not its mission.  In the end, many will be interested to observe how she’ll support Mr. Gershon’s artistic vision while implementing innovations of her own.  It should be interesting.

Some requisite quotes from three of the principals involved:

“It is a great honor to be asked to lead the Los Angeles Master Chorale,” says Ms. Davidson.  “There has never been more creativity and talent, at least in my lifetime, energizing the field of choral music as there is now.  Grant Gershon is one of the visionaries leading the field, and I feel privileged to be able to collaborate with him and the exceptional Chorale singers.  I look forward to working with Chairman David Gindler, the Board, staff and community to broaden and deepen the recognition, support and audience for this unparalleled organization that has been nurtured by my predecessor, Terry Knowles.  On a personal level, I was deeply moved the first time I heard the Chorale live at Walt Disney Concert Hall.  It was one of those rare moments when the entire world stood still, and I was inside of this magical moment.  It is moments like these that lift us out of our day-to-day worries, suspend our differences and unite us in our humanness.  I think these moments are desperately important in our culture today.”

“This is a terrifically exciting time for the Los Angeles Master Chorale,” states Mr. Gershon.  “Under the leadership of my dear friend and colleague Terry Knowles, we have enjoyed 15 years of phenomenal artistic growth and organizational stability.  Jean Davidson is the perfect person to take us into the next phase of our development as we continue to redefine what a great choral organization can be.  She has worked closely with many of the artists that I admire most, including Yo-Yo Ma, Bill T. Jones, Laurie Anderson and many others.  Jean brings an invigorating world view to the Chorale, and I look forward to collaborating with her to expand the profile and impact of this amazing ensemble of singers.”

“As the Los Angeles Master Chorale launches a new era of artistic expansion under the inspired vision of Grant Gershon, we are enormously pleased to welcome Jean Davidson as LAMC’s next President & CEO,” says David Gindler, Chairman of the Board.  “Jean brings to our organization a rich history of collaborating with notable artists and deep experience leading major arts institutions through growth and change.  She has demonstrated real understanding of the crucial role of arts organizations in our society, an abiding dedication to good stewardship of resources, and strong dedication to visionary leadership that is grounded in reality.  She will be a great asset to our organization, and I look forward to her partnership in the years ahead.”

The full text of the press release can be found HERE.