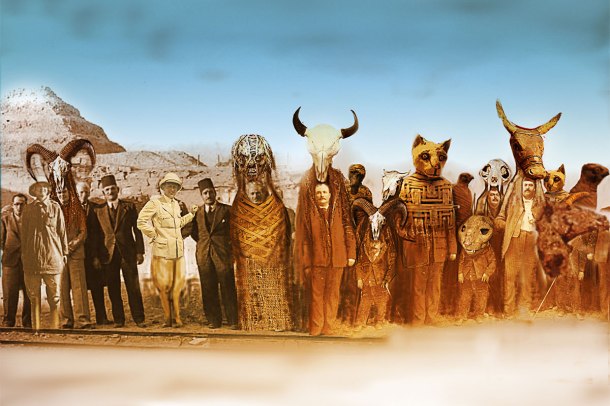 The good folks at Los Angeles Opera just announced their 2016/17 season (at the slightly curious time of 9pm-ish Pacific Time, midnight-ish Eastern, but no matter).  There are six mainstage productions, one semi-staged musical, three “Off Grand” productions, plus the regular community performances of Britten’s Noah’s Flood.  First, the details, with my general observations on the season below that:

Bottomline:  Not a bad season, but it could/should be so much better.  Here’s hoping that by June 2017, the individual productions make me feel differently about it all.

Highlights include a major company premiere, a superstar debut
and four foundational works not presented in more than a decade

(Los Angeles) January 25, 2016 – General Director Plácido Domingo has announced the repertory and artist roster for the company’s 2016/17 season. Created by Mr. Domingo in collaboration with Music Director James Conlon and President and CEO Christopher Koelsch, the season will include six mainstage productions and a classic musical presented at the Dorothy Chandler Pavilion. A total of 40 performances will take place in that venue, while an additional 13 performances will be presented elsewhere through the company’s Off Grand initiative.

“LA Opera’s 31st season emphasizes operas that have long been absent from our stage,” said Plácido Domingo, who will open the season in the title role of Macbeth and later conduct a revival of The Tales of Hoffmann, starring soprano Diana Damrau in her company debut. “It includes four foundational works that haven’t been presented here in 13 years or longer, as well as the company premiere of Akhnaten, a major 20th-century work by Philip Glass. The season also features several multi-season programmatic initiatives. Macbeth will mark my fourth collaboration with James Conlon since 2012 in a Verdi masterwork. Akhnaten will be our third Philip Glass project since 2013, with more works by this hugely important composer planned for the future. In addition to our mainstage programming, Wonderful Town will inaugurate a three-season celebration of Leonard Bernstein, perhaps the most influential American composer of his generation. We expect our tribute to encompass four different Bernstein works by the time we reach his centenary in 2018.”

“The coming season affords me the opportunity to conduct four important operas that I haven’t yet conducted in Los Angeles,” said James Conlon. “The German operatic repertoire is an artistic legacy that is very important for the company and to me personally. After emphasizing Wagner in the seasons surrounding the Ring cycle, it is logical for us now to turn our focus to the operas of Richard Strauss, which haven’t been performed here in more than a decade. I’m especially looking forward to Salome, the first Strauss opera I will conduct at LA Opera, as well as The Abduction from the Seraglio, last performed here in 1995. Above all, I am thrilled to continue my ongoing collaboration with Plácido in our season-opening Macbeth, our offering to the international recognition of the 400th anniversary of Shakespeare’s death. The diversity of the season’s repertoire affords ample opportunity for the LA Opera Orchestra and Chorus to display their extraordinary talents.”

Complete casting and additional information can be found at LAOpera.org or by clicking on the titles below for more details.

Macbeth (Sep 17–Oct 16, 2016) — Giuseppe Verdi
Plácido Domingo stars as Macbeth with Ekaterina Semenchuk as Lady Macbeth in a new production conducted by James Conlon. LA Opera’s first staging of Macbeth since 1987 will be directed by Darko Tresnjak (The Ghost of Versailles, 2015). Costume designer Suttirat Anne Larlarb, known for her work in such films as Slumdog Millionaire and 127 Hours, will make her operatic debut.

The Abduction from the Seraglio (Jan 28–Feb 19, 2017) — Wolfgang Amadeus Mozart
James Conlon conducts LA Opera’s first performances in 21 years of Mozart’s comic gem. Set aboard the “Orient Express” in the Roaring Twenties, the production is directed by James Robinson, featuring soprano Aleksandra Kurzak in the leading role of Konstanze.

On October 8, 2016, LA Opera will celebrate its 30th birthday by opening its doors and inviting everyone to enjoy the magic of opera. All events will be free to the public. Highlights will include appearances by Plácido Domingo and James Conlon, performances featuring members of the Domingo-Colburn-Stein Young Artist Program, several additional performances for families, art workshops for children, costume and scenery demonstrations, backstage tours and much more. (Additional details will be announced later in the year.)

The Source (Oct 19–23, 2016; west coast premiere) — Ted Hearne
The Source dives into the media hysteria surrounding Chelsea (formerly Bradley) Manning, the Army private at the center of the WikiLeaks scandal. The west coast premiere of The Source launches a third season of collaborations with Beth Morrison Projects.

Nosferatu: A Symphony of Horror (Oct 29 and 31, 2016; premiere)
Matthew Aucoin will create and conduct a new score for director F.W. Murnau’s 1922 silent screen classic. The film will be screened as Mr. Aucoin leads a chamber orchestra in live performances of the score—incorporating music by composers of Murnau’s time and new music composed by Mr. Aucoin himself.

“This announcement comes at the midpoint of LA Opera’s 30th Anniversary Season and I can’t wait to see what the next 30 years have in store for us,” said Marc Stern, Chairman of LA Opera’s Board of Directors. “The incredible team of Plácido Domingo, James Conlon and Christopher Koelsch are dedicated to fulfilling the bold vision of our founders. Their accomplishments would not have been possible without the extraordinary generosity and leadership of our board members, and I am also grateful to our audiences for their devoted support. I couldn’t be more optimistic about the future of the company.”

“With three mainstage productions that are new to our stage, as well as a variety of contemporary works of every scale, the 2016/17 season reflects our ambition to be known as one of the most forward-thinking companies in America,” noted President and CEO Christopher Koelsch. “Two of our presentations, Akhnaten and Nosferatu, will be especially notable for the participation of Matthew Aucoin, the brilliant composer-conductor who will begin his residency as our first ever Artist in Residence. Our ongoing series of contemporary chamber works, in collaboration with Beth Morrison Projects, continues to expand the boundaries of the art form, with powerful performances in the intimate environment of REDCAT. The important new works to be presented there in the 2016/17 season—The Source and Thumbprint—address raw contemporary subjects, WikiLeaks and the role of women in contemporary Pakistan, issues that are in the news today. Our Off Grand initiative continues to be a major draw for new audiences, as half of those in attendance at those performances are completely new to our company.”

Season subscription tickets for the 2016/17 season are now available, starting at $99 for all six mainstage operas. Tickets for The Source, Nosferatu, Wonderful Town and Thumbprint are currently for sale only with subscription packages. For further information, please visit LA Opera’s website at LAOpera.org or call LA Opera’s box office at 213.972.8001.

All programs, artists and dates are subject to change.

Yamaha is the Official Piano of LA Opera.