Michele Zukovsky, Principal Clarinet of the Los Angeles Philharmonic, wraps up her amazing 54-year tenure with the orchestra in an all-Rachmaninoff concert today at 2pm; Cristian Măcelaru conducts.

Below is the second part of my interview with her (Part 1 is HERE).  In it, we chat about her switch from a French clarinet to a German one, some observations about conductors good and bad, and her plans for the future . . . .

CK Dexter Haven:  How do you [and the other LA Phil Principal or Associate Principal] decide who plays what?

Michele Zukovsky:  How we decided between me and Lorin [Levee] originally was that we flipped a coin.  I started playing first [chair], then the next weekend he would play first.  Honestly, my career is as long as it has been because of that co-principal situation.  I don’t think I would’ve lasted as long as principal clarinet otherwise.  You know Burt [Hara, the LA Phil’s Associate Principal], asked me that same question.

It’s another bit of luck.  I’ve been lucky my whole life.  I didn’t like it at first, but it grew on me.

CKDH:  So going back to when you got hired, Zubin joined the next year or so.  It is pretty well known that he has always loved your playing.  That said, he also went public not long after becoming Music Director that he didn’t believe women should be in orchestras. 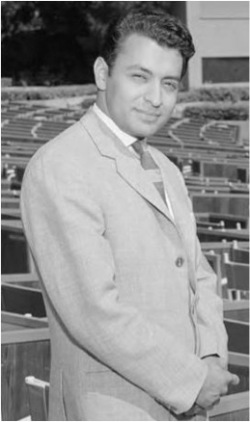 MZ:  Right.  Yeah, he changed his mind.  Little by little.  When I first joined the orchestra, there were only five women.  Playing in an orchestra was considered “a man’s job.”  But at the same time, you had all these great women as solo pianists.  My mother-in-law was a great pianist, but she had to stay at home and raise the kids.  Now, it’s an even playing field and we can all work.

CKDH:  So I’ve heard a few different stories about how and why you switched from a French clarinet to a German clarinet, a Wurlitzer.  Some stories have said Zubin asked you to make the switch, some say it was your decision.  What’s the truth?

MZ:  The truth is that it was my decision.

Eventually, my husband [the late clarinetist Charles Zukovsky] and I bought two Wurlitzers.  They’re very hard to play, but if you play correctly, like a teaching aide, you sounded really great and it made me play correctly my whole life.  If you didn’t play correctly, you’d sound terrible.

I like the French for Ravel and other similar repertoire.  But Zubin did a lot of Mahler, Bruckner, Strauss.  And he did everything else too.  To me, it all sounds better on the German.

CKDH:  No one else you’ve played with in the section has ever played a German clarinet, have they?

CKDH:  So how long did it take for you to make the transition from the French to the German?

MZ:  I put the French clarinet down, I picked up the German clarinet, and that was that.

MZ:  Yup, walked on stage and played it.  It was hard, I wasn’t sounding so good for a year. [chuckles]  In 1971, I changed and my father [Kalman Bloch] helped me cover the hard parts.  But by 1978, I did the Corigliano Clarinet Concerto and the German sounded great.  I think.  I don’t know.”

MZ:  Anyways, that’s what happened.  I’m sure Zubin said, “I want you to go to Germany or Austria and . . .”  It’s not true.  I taught myself.  I never had a lesson on the German clarinet.

CKDH:  Have you ever had a student come to you wanting to learn to play German and then . . .

There were other [principal] clarinetists that did it.  Larry Combs in Chicago played German when Barenboim ran the orchestra because he liked that sound.  And what was the name of the conductor from the Concertgebouw when my father was in the orchestra?

MZ:  Yes, van Beinum.  He wanted my father to play a Wurlitzer, but he didn’t.

I think the Buffet is great.  It’s really about who’s playing, who’s behind the wheel. . . .

But I’m not a very good teacher though, I have to say.

CKDH:  How can you say that?

MZ:  Because I’m a natural.  It’s very hard for me to give specifics like, “You should do this or that.”  Instead, I’m like, “Pick up the clarinet and do it like I do it.“ [she chuckles].

CKDH:  Not exactly the way Yehuda Gilad [famed clarinet pedagogue who teaches at USC and Colburn] does it.

MZ:  Now Yehuda is incredible.  He’s got the gift, he’s got magic. When kids come to me, I say, “Look, all I can do is teach you the clarinet.  I don’t have anything going for me.  Study with Yehuda if you want to learn special things.”  He’s incredible.

CKDH:  It’s amazing how many of his students have ended up with major gigs in orchestras all over the world.

CKDH:  You took a lesson?

MZ:  Oh yeah, I wanted to see how he taught.  I think he had me ride a stationary bike before playing or something like that [laughing].  Whatever he does, it’s remarkable.

CKDH:  Did you play at all in the studios too?

CKDH:  Did you enjoy that?

MZ:  No. Not particularly.

MZ:  I don’t know.  I just . . . I mean, a couple of studio calls with John Williams were nice.  There were a couple of tracks with some nice clarinet licks, but mostly, no.  I’d rather just watch grass grow or take a walk [laughing].  That’s just me. . . .

CKDH:  John Williams wrote his Clarinet Concerto for you, and you’re the only one who he’s ever let play it.

CKDH:  Maybe you can come back and play it again.

MZ:  No, I’d rather do something different, like play early clarinet.  I need a new challenge.

CKDH:  From your perspective, how was Zubin Mehta as a Music Director?

CKDH:  He hasn’t guest conducted the LA Phil in the past few years, but before that, he visited fairly often.  How different is he now to when he was Music Director.

MZ:  Very different.  I heard him from the audience when he was 26.  He was a very physical conductor.  He relied on that, it was his energy.  And now he’s slowed down a lot, that’s what happens.  He was more of a showman back then, he wanted to put on a good show and feel the passion.

CKDH:  Then going from him to Carlo Maria Giulini was a big transition.

MZ:  Giulini was so refined and NOT a showman.  More spiritual, like Toscanini.  He was afraid of Beethoven, so of course, at some point we did it a lot.  He was a wonderful musician.  If I were to be a conductor I would’ve imitated the way he conducted.  Though he was sometimes too slow.  Too darn slow, man!  Don’t you think? [laughs]

CKDH:  I think of the Beethoven 3rd you and the orchestra did with him.

MZ:  I don’t listen to my recordings really.  How was it?

CKDH:  And American conductors with Gershwin, Copland, and Barber?

Though there was [one young German conductor] who made his debut with us many years ago and was just awful in rehearsal, full of himself, treated us poorly.  Finally, at one point during rehearsal, he said he was having trouble expressing himself in English because he didn’t speak it very well.  And I said out loud, “Don’t bother, you’re not coming back!”

I used to have a vast collection of Beethoven symphonies, and I put together my ideal Beethoven 9th, movement by movement.  It was like Mengelberg, Furtwängler, and two others that were perfect.

Now, you’ve got these great young performers doing Vivaldi violin concertos where they’re making it a whole new thing.  It’s like alive and they’re improvising.  It doesn’t have to be the way Vivaldi did it, and they’re phenomenal and I can feel it.  That’s the way we’re going now.

Music can be very boring now when you’re just trying to repeat the same old thing over and over instead of making it your own.  Now, even with the period instrument orchestras, they’re starting to all sound the same.  I used to listen to 33s and could tell within the first three downbeats who the conductor was and where the orchestra was from.  Now, not so much.

CKDH:  Isn’t the overall quality of musicians better in orchestras?

MZ:  Yes, but it all is starting to sound too generic.

CKDH:  Is that because of the recordings?  Or the conductors traveling all over the world?

MZ:  Partly.  The conductors are tired.  They just want to make a nice, safe performance.

I think that’s one of the reasons I’m glad to be done.

CKDH:  I was gonna ask this later, but since you brought it up, I’ll ask it now:  why are you leaving?  People all over the place, including myself, other regular concertgoers, even people inside the orchestra, all think that you you still sound awesome.  Why did you pick now?

MZ:  I’d rather leave five years too soon than two years too late.

CKDH:  Had you pondered leaving earlier?

CKDH:  Good for you.  What does that life look like — away from music?

MZ:  I don’t know, honestly.  We’ll see where life takes us.  He’s brilliant.  He’s someone to be with and have a good time with.

It has nothing to do with the clarinet playing.  I haven’t really practiced for years.  I haven’t.

CKDH:  People will love to know that!!  When was the last time you “woodshedded” a piece?

MZ:  I’m too senile to remember!  Usually, if I just practice a piece for an hour, I get it.  It’s terrible, but it’s true.  Maybe I just don’t have high standards.

CKDH:  I find that interesting and hard to believe.

MZ:  Maybe I’ll learn Spanish, then learn the piano or something.  I’ll teach lots of kids.

CKDH: You’ve played so many different things:  orchestral works, chamber music, concertos, solos.  Is there anything that you’re going to particularly miss playing?

MZ:  I’m going to miss it all.  Don’t think I’m not going to miss a single bit of it, that wonderful sound that washes around me, playing great music.  I love it.

I just didn’t want to deal anymore. . . .  I’m always having to look for a reed and having it wear out.  I think I got a little lazy.

It’s going to be very difficult.  I’m probably not going to come around and won’t hang out. . . . I just don’t want to be around the orchestra for a while.  I want to make a clean break, close this chapter and move onto another chapter.

There’s another world out there.  [In this job], you get very focused in on one thing because you have to sound good.  You have to let a lot of things go, you have to let the world go by you, and I don’t want to do that anymore.

CKDH:  Well 73 or not, you’re still in good shape, both musically and physically.

MZ:  That’s the time to leave!

CKDH:  While you can still enjoy everything else.

CKDH:  There’s a new adventure for you.  Maybe the next time we have lunch, you can cook for us.

CKDH:  Any final thoughts for everyone?

MZ:  Yes, something I’d really like you to share:  orchestra musicians need you, the audience.  We can play very well without an audience, but we feed off your energy.  It’s synergistic and it makes the concert experience special.  Thank you and please keep coming.

9 thoughts on “A chat with Michele Zukovsky (part 2 of 2): on German clarinets, German conductors, life after the LA Phil, and more”